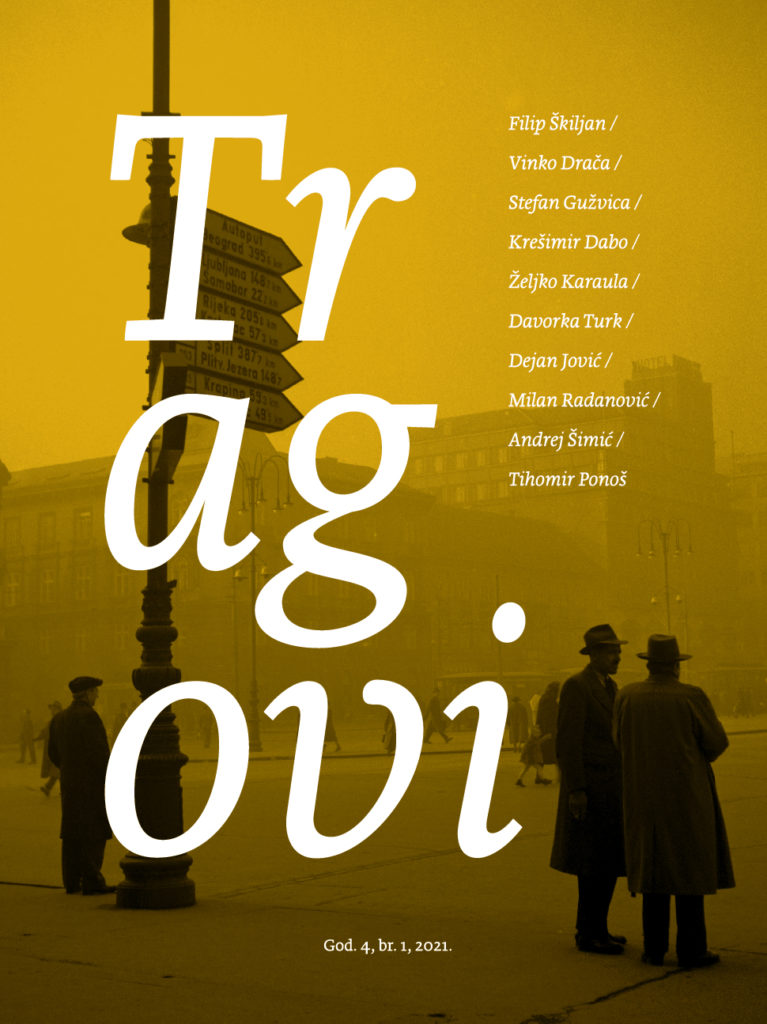 This issue of Tragovi  brings 12 original articles, four of which are authentic scientific works.

Filip Škiljan writes about the national identity of the remaining Serbs in the eastern Bilogora and about the reasons for assimilation of some of the members of the local Serb community.

Vinko Drača analyses media reports about the rebellion of Serbs in Croatia based on writing of the Slobodna Dalmacija and Glas Slavonije dailies between 1990 and 1991.

Stefan Gužvica writes about dilemmas of the Yugoslav communists who found themselves in Russia during the October Revolution, about the post-war state structure of South Slavic and Balkan countries (Yugoslavia and Balkan federation).

Željjo Karaula writes about Stjepan Radić’s change of heart in the spring of 1918, i.e. how Radić, who used to be a Habsburg legitimist, became a supporter of Yugoslav unification.