The main activity of the legal section is providing free legal aid – offering general legal information and advice and drafting petitions, which facilitates users’ access to courts and other administrative bodies.

Free legal aid is offered in Zagreb, Rijeka, Karlovac, Knin, Pakrac, Vukovar, Beli Manastir, Daruvar, Korenica, Gračac, Benkovac, Obrovac, Petrinja, Glina, Vrginmost, Hrvatska Kostajnica and Novi Sad. The issues that are given the most space in the legal programme are the issues of property rights and housing care, status issues, issues with reconstruction, retirement and labour rights and right to health care. In solving these issues, the legal section cooperates with units of local self-government, relevant administrative bodies, similar non- government associations and international organisations. Free legal aid is provided to the citizens of the Republic of Croatia and to foreigners who turn to the Serb National Council (SNV).

Serbs used to be constituent people in the Socialist Republic of Croatia and when Croatia became independent, they became a national minority. During and after the war in the nineties their position was made more difficult – many left in the first years, and many of those who stayed were characterised as the only culprits for the war and war crimes and exposed to various attacks (evictions, sackings and even murders).  The biggest exodus of Serbs occurred in August 1995, during the military-police operation Storm, when within several days, 200,000 persons fled from the territory of the former area of SAO Krajina.

Those who remained were under physical threat – their property was being stolen and many were killed – all this was happening without an appropriate response from the authorities. Due to inefficient work of the prosecution and the Croatian judiciary, the concrete perpetrators were only rarely brought to justice for crimes committed against Serb victims.

Refugees are mostly not returning because areas where they used to live are underdeveloped in terms of infrastructure, they are discriminated against and faced with administrative obstacles.

In 2002, following pressure from the international community, a Constitutional Act on Rights of the National Minorities was adopted. It guarantees rights and “positive” measures aimed to achieve active and efficient participation of minorities in the society, public spaces and at all levels of power. The law provides additional guarantees of equality – e.g. proportional representation in bodies of state administration, judiciary, and police. The Act also stipulates that, under the same conditions,  members of minorities have the advantage in filling positions in the mentioned bodies. Unfortunately, these solutions are not applied in practice, which is weakening the significance and legal power of the Constitutional Act.

According to SNV‘s research, the percentage of Serbs employed in public administration dropped from 2.35% in 2013 to 2.11% in 2018. In 2018 Serbs were registered to be underrepresented in local and regional self-government where they make only 1.86%, while the representation of Serbs in judiciary totals 2.1%.

According to the 2011 census, Serbs made up 4.36% of the Croatian population, while in 1991, they made 12.16% of the entire population. The average age of Serbs is 53, and persons older than 65 make one-third of the Serb population. Legal regulations remain an aggravating, even disabling factor in procedures which for Serb returnees to Croatia mean life – their home, economic security, health care and social inclusion.

The UNHCR‘s research from 2012 showed that according to official data 132,922 Serbs returned to Croatia, but only 48% have remained. The period of the most intense return was between the years 2000 and 2003, after which the intensity of return dropped because conditions for their stay and sustenance have not been created. According to data from the Central State Office for Reconstruction and Housing Care from May 2020, only 17 returnees were registered between 1 January 2019 and 20 May 2020.

Every year in January, potential returnees can apply to appropriate bodies with a request to be granted the lease of a house or a flat, or construction material. Given the large number of such requests, priority lists are made at the county level. The central state office for reconstruction and housing care plans and secures resources to meet housing needs (apart from returnees, also eligible are displaced persons, socially vulnerable and victims of violence). Since these resources are modest and insufficient, Serb returnees wait for years for their housing to be resolved because larger and younger families of Croatian origin are given the priority. In January 2020, 7,976 housing care requests were received, while the Central office for reconstruction and housing care secured funding to resolve only 589, which means that only 7.4% of applicants will realise their right to housing care. Each year priority lists are updated with newly arrived applications, which is discouraging for Serb families. Former tenancy right owners are a category of returnees who mostly come back to urban environments. Their requests for housing care, a subsidiary legal institute to tenancy right, are dealt with by counties and the City of Zagreb. Pre-war families of former tenancy right owners can today submit only one request for housing care, regardless of the fact that their members, who were then younger, are now adults who have become independent and often have families of their own. The problem that such applicants face is the long waiting period, especially in coastal cities (in Zadar, Šibenik, Split and especially Dubrovnik). Waiting frequently lasts longer than five years.  If the person waiting to be assigned a flat dies, and if this person is single, his or her successors cannot continue the process of housing care.

Such unfavourable circumstances led to a situation where, according to the Central state office, not a single application of former tenancy right owners was received in 2019.

The return of Serb refugees is not possible without the primary resolution of their status issues. Returnees who are citizens of other Yugoslav republics, and there are many such among returnees, have the status of foreigners.

A person who has realised the right of a foreigner with permanent residency in the Republic of Croatia can submit a request for Croatian citizenship by naturalisation.

On the pages of the Ministry of Interior (MUP), there is information about the modality, conditions, and procedure of acquiring Croatian citizenship.

We must also refer to the changes of the Law on Croatian Citizenship, which came into effect on 1 January 2020 and are related to acquiring Croatian citizenship based on origin in a situation when a person was born outside the Republic of Croatia, is older than 21, and had at least one parent who was a Croatian citizen at the moment of their birth. Many interested parties regarded such a legal solution with approval, but when they attempted to submit requests at Croatian consulates, they encountered a discouraging interpretation. The interpretation is that this legal provision refers to persons born after the Law on Croatian Citizenship (8 October 1991) came into effect, with the explanation that a different implementation would violate the principle of continuity of former citizenships of the republics to national citizenships of the newly founded states on the territory of the former Socialist Federal Republic of Yugoslavia.

“Hate crime” was introduced into Croatian legislation in 2006. It is defined as a criminal offence committed “on the basis of race, colour of skin, sex, sexual orientation, language, belief, political or other conviction, national or social origin, property, birth, education, social status, age, health status or other characteristics”(article 89, paragraph 36 of the Criminal Code).

The SNV has been following the emergence of hate crimes and hate speech directed against Serbs and along with the annual publication of its Bulletin, it extends support to victims by offering them free legal aid and informing them about the rights guaranteed by the Law. Hate crime victims are mostly targets of secondary and repeated victimisation, intimidation, and retaliation.

More than two decades after the end of the last war in Croatia, there is still no official, publicly available list of all citizens who perished in the war.  There have been various research efforts, differing from each other, and their assessments vary between 18,000 to 23,000 people, including both the dead and the missing. 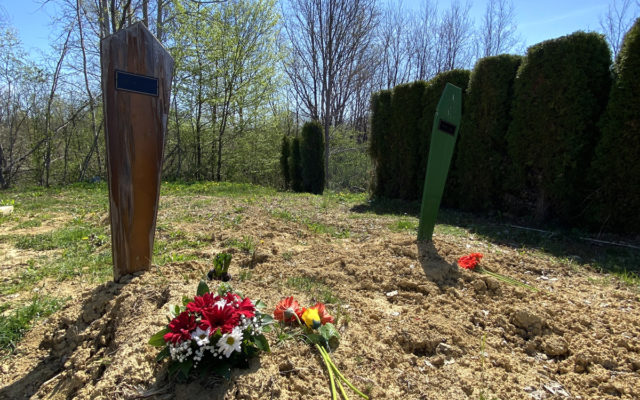 The body of Soki Walladi, a migrant from Chad, was pulled out of the Korana River in 2020 and buried in Skakavac, a village near Karlovac. His life story is …

Due to the unfavourable epidemiological situation and starting from 5 November 2020, we have temporarily stopped receiving clients in our Zagreb office. All current and future users who need legal …