The Serb National Council issues various publications through which it promotes activities of the Serb community in Croatia and informs about problems encountered by its members. The SNV‘s publications are aimed at the Serb community, but also at a wider audience and institutions whose task is to act toward the protection of our human, civil and national rights. Since December of 1999, the SNV has been publishing the weekly Novosti, which is distributed through a network of Serb organizations but is also available in over the counter sale in kiosks. Novosti also has its online edition Portal Novosti where, along with articles in the printed version, news, analyses, and commentaries are posted which are written exclusively for the portal. Apart from Novosti, the SNV also issues Bulletin, a periodical publication which brings overviews of main problems that Serbs in Croatia are facing – from refugee – returnee issues to the issues of identity and education and the journal Tragovi.

Tragovi is a scientific journal featuring Serb and Croatian topics, issued twice a year: in May and in November. It is multidisciplinary and interdisciplinary and features works from various social and humanistic sciences such as historiography, political science, linguistics, art history, economy, ethnology, anthropology, international relations etc. The journal’s focus is on topics from the past and present of Croatia and Yugoslavia (and ex-Yugoslav territories), past and present of Serbs in Croatia and the Serb – Croatian relations. The journal’s editor-in-chief is professor Dejan Jović. The publishers are the Serb National Council and the Archive of Serbs in Croatia.

The Bulletin of the Serb National Council is a periodical publication which provides an overview of main problems that Serbs in Croatia are faced with. Apart from informing the Serb community and the wider audience, this publication aims to encourage relevant institutions to be active and work towards the fast and comprehensive resolution of problems this community is frequently faced with. The Bulletin is thematic so that each issue covers another specific current problem related to minority rights. At the same time, it provides a presentation of advocacy, representational and fieldwork of the Serb National Council.

The independent Serb weekly Novosti is a periodical covering general news through critical writing about relevant political, social, socio-economic, and cultural events in Croatia, the wider region and the world. Novosti pays special attention to the work of institutions of the Serb community and events and topics relevant to this community – the return of refugees, reintegration of the Serb minority, fight for the minority rights and development of the war-affected regions. One part of the weekly is dedicated to the process of cultural and economic exchange among post-Yugoslav countries and general topics of democratisation, development of civil society and rule of law.

Along with “Kronika”, a column exclusively reserved for topics specific for the Serb community, as of 2007, it contains a monthly supplement, “Privrednik”, focused on the economic revitalization of areas of special state concern.

Some of the best journalists in Croatia and the region write for Novosti, which is one of the weekly’s qualities making it interesting to the audience beyond the Serb community.

Novosti weekly has been published since December 1999 and can be bought at most newsstands in Croatia. It is also distributed via a network of the local Serb national minority councils, NGOs, sub-committees of the Serb Cultural Society Prosvjeta, and the Serb Orthodox Church, and readers have the option of a subscription.

In 2018 Novosti was listed among four finalists in the category of journalism for the prominent international award for freedom of expression, Freedom of Expression Awards.

Portal Novosti is based on the editorial idea of Novosti, adjusted to the internet platform. The portal’s contents are based on articles from the weekly’s print version which are published successively as the week progresses, and on daily production of relevant news, commentaries and analyses written for the portal. 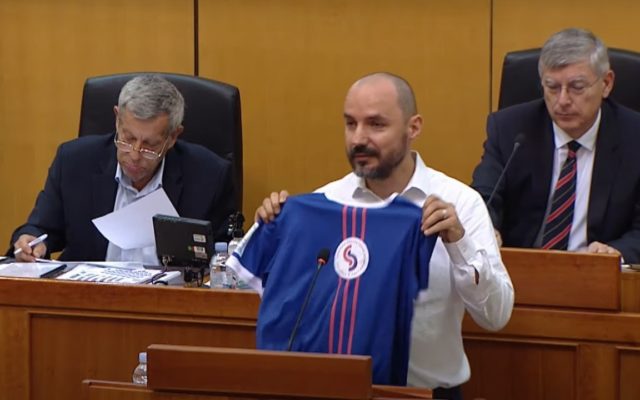 European Championship of the National Minorities

Although the Serbs from Croatia and the Croats from Serbia were eliminated in the quarter-finals of the European Championship of the Autochthonous National Minorities (Europeada), which took place in Austria, … 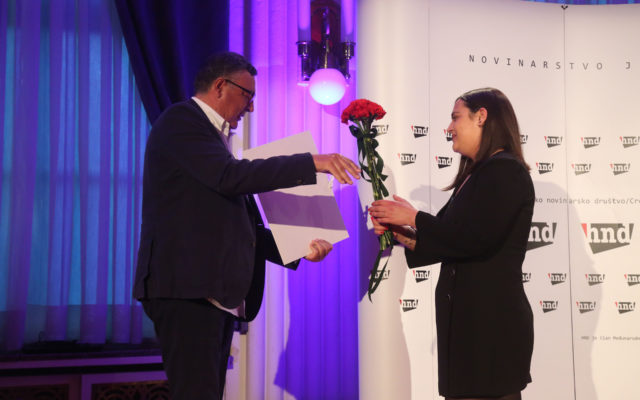 Novosti columnist Marinko Čulić received the HND Lifetime Achievement Award, Boris Dežulović was chosen by the HND members as the Journalist of the Year, while Tamara Opačić received the Award …