The Political Academy is the annual program of supplemental education for younger members of the Serb community which additionally motivates and prepares them for all the processes (participation in decision-making, negotiation, representation etc.) at the level of local and regional self-governments. The Academy’s Program is intended for individuals wishing to be active in the wider public – academic, media, or general – to research, promote and raise awareness about topics of special interest for the Serb community.

Special emphasis is placed on the young because of the significant demographic change of the Serb community after the war, which today predominantly consists of the middle-aged and older generation. This fact affects Serb organisations and one of the goals of the Political Academy is to allow their gradual generational rejuvenation.

The program of the Political Academy is designed to cover various topics and features lecturers who are relevant experts from the region. The Program comprises the following topics:

Educational program also encompasses discussions and workshops through which we are trying to induce critical thinking and secure the social component necessary for the active participation in public life. The SNV’s Political Academy is also designed as a place where students from different parts of Croatia and the region can meet and network.

The success of the current program has been the basis for the program of the Regional academy Minority Integration Network (MINTEGNET). MINTEGNET has been realised in cooperation with the school for journalists from Novi Sad and its primary purpose is education and professional training for representatives of minority communities from the area of the former Yugoslavia. Representatives of the Croatian minority in Serbia (Vojvodina) and Serbs from Croatia participated in this program.

The Political Academy’s Advanced Program is intended, among other, for Serb representatives in local and regional governments.  By participating in advanced educational programs, minority representatives are given an opportunity for further education and specialisation. 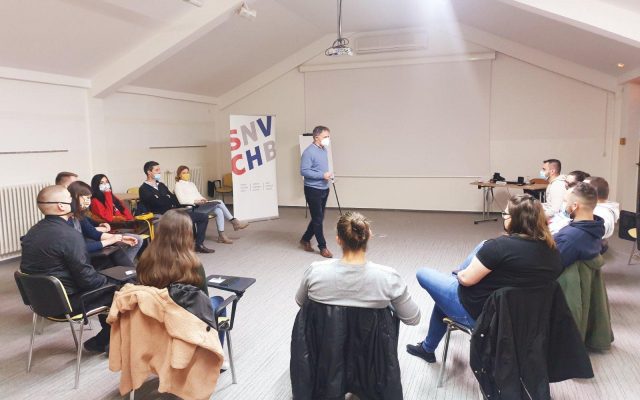 On the 13 and 14 March 2021, the first module of the Serb National Council’s Political Academy started. It was attended by 22 paticipants under the age of 30. Political …