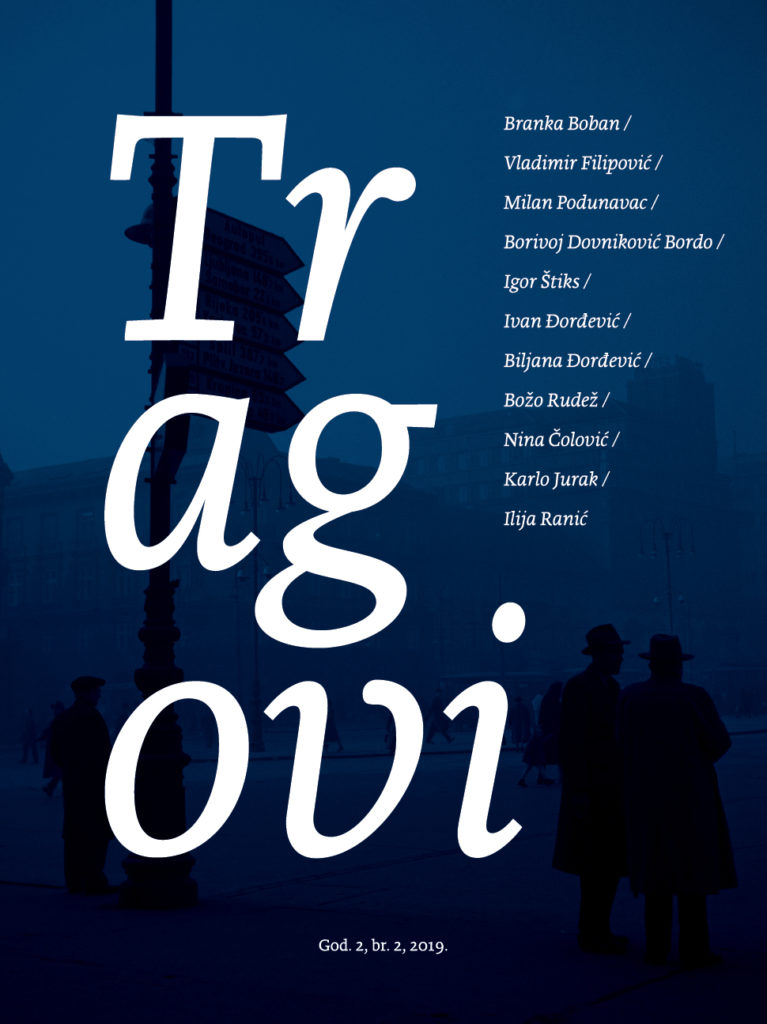 The third issue of Tragovi includes 9 texts, two of which are original scientific papers. Among them it s worth singling out the biographical article written by Vladimir Filipovic about dr. Mladen Ivanković, the overlooked protagonist of the tragic story of the Vukovar hospital during the siege of the city and mass suffering of its inhabitants in 1991. Well-known animator from Zagreb Borivoj Dovniković Brodo penned an autobiographical text about his childhood in the decade proceeding World War II and during the first year of the war, marked by discrimination and prosecution. In her comprehensive text, Branka Boban examines the views of Croatian political elites at the end of World War I, which affirmed the idea of creating a joint Yugoslav state.