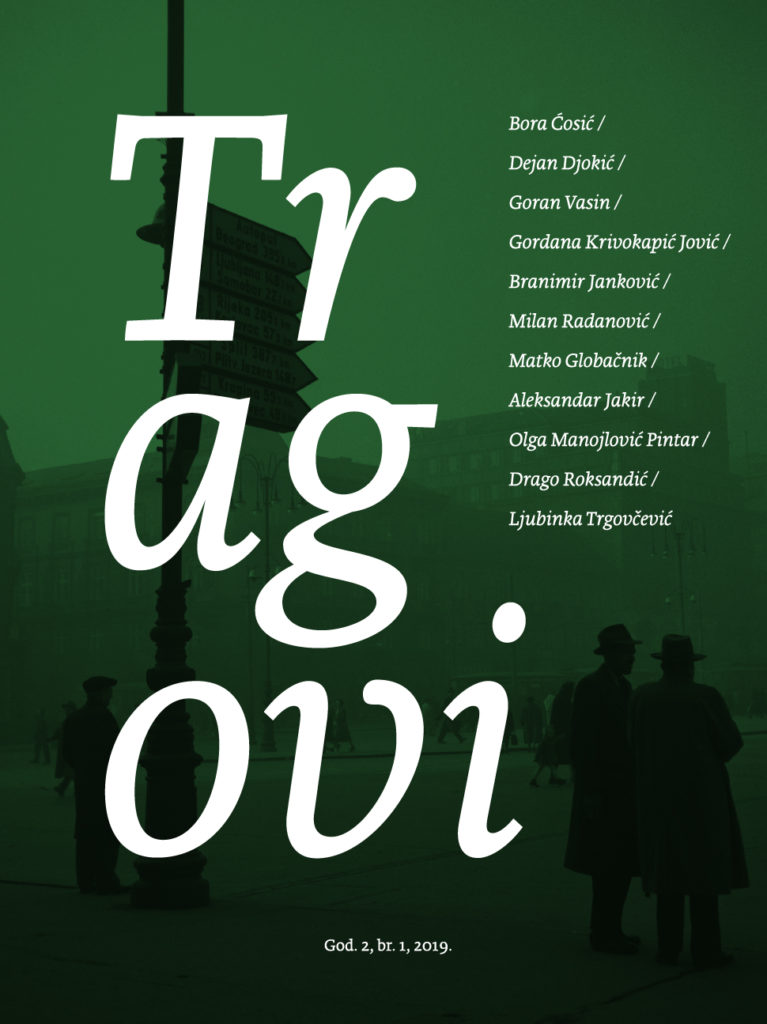 The second issue of Tragovi also includes 11 texts, three of which are original scientific papers. The biggest portion of the texts originates from the round table held in Zagreb to mark the 100th anniversary of the founding of Yugoslavia, which was organized by the Archive of Serbs in Croatia. Among the texts written for this occasion, it is worth singling out the one written by Dejan Djokić, where the author tried to shed light on the reasons which lead to the formation of Yugoslavia by pointing out that the creation of a Yugoslav state in 1918 was the only logical resolution to the “south Slav question”. Another striking text is a research paper written by Milan Radanović, which focuses on a short and very violent period in the history of the concentration camp Stara Gradiška.