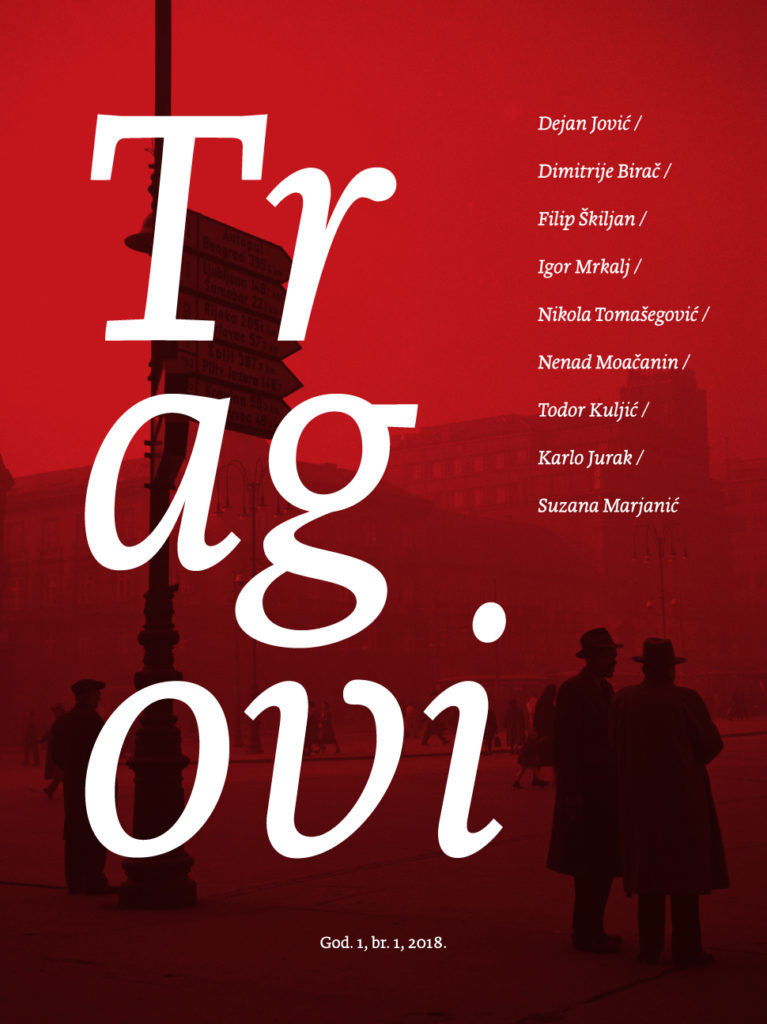 The first issue of Tragovi contains 11 texts, five of which are original scientific papers. In the introductory programmatic text entitled “Why Tragovi?”, Dejan Jović writes about the need for a scientific magazine focused on historical, cultural, and political interaction between two of the biggest Yugoslavian nations and two largest ethnic groups in Croatia. The newly founded magazine represents the first scientific magazine focused primarily on this relevant topic, which despite its importance remains underrepresented in contemporary academic pursuits, both in Croatia and in the region. Dimitrije Barač examines the economic development of Vukovar and concludes that the city experienced the strongest economic growth during socialism. Igor Mrkalj uses the biography of Franz Žužek, the vicar of Glina, to outline interethnic relations in Glina during Yugoslavia, and brings forward new information about the most tragic event in the history of the town, which happened in the summer of 1941.