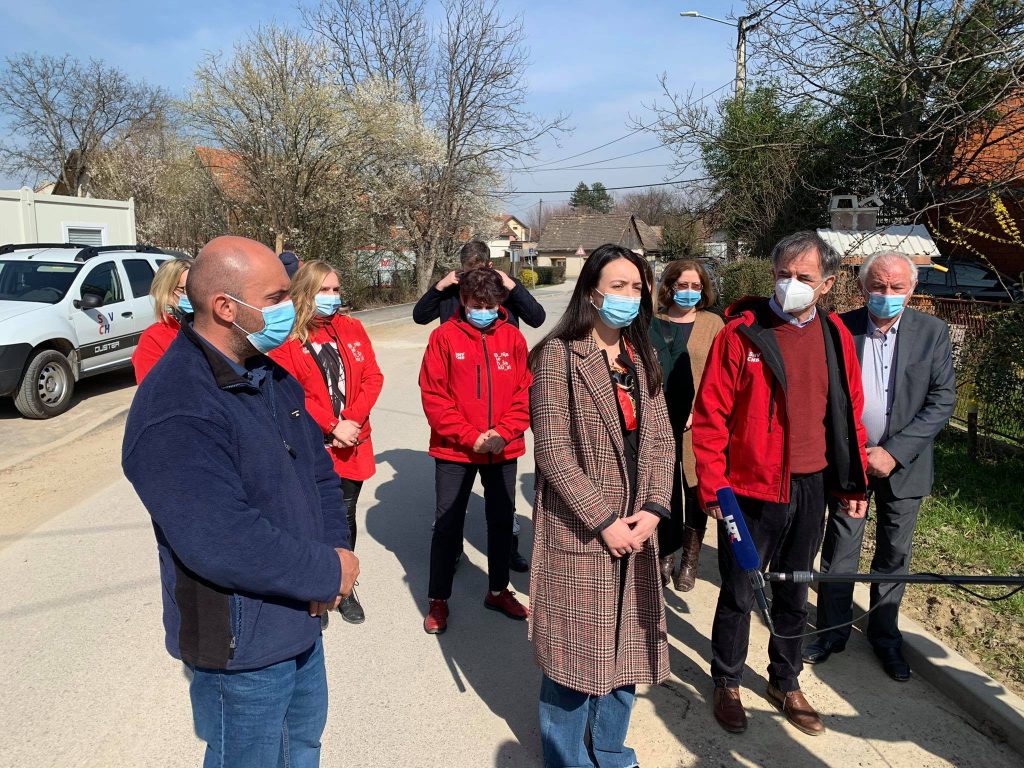 After Gračac, Glina, Benkovac and Donji Lapac, the project “From Door to Door” of the SNC’s section for social and humanitarian issues, which offers transport and escort to elderly people, has been initiated in Petrinja on 4 March 2021.

The project provides transport to persons older than 65 to sort out their administrative business, visit doctors or shop for groceries, and to participate in events significant for the community.

– The project also allowed employing people and education is envisaged. The main financier is the European social fund, while the service in Petrinja is covered by the Serb National Council’s social program. We are trying to expand the project as much as possible since such service proved to be very important in the areas populated by members of the Serb national minority, said the manager of the project and the Section for social and humanitarian issues, Tatjana Dragičević.

Milorad Pupovac, president of the SNC, handed the keys of the vehicle to Milan Ivanić, who will be the driver-escort in the area of the town of Petrinja.

– Since there is no adequate public transport in these parts, we have decided that the SNC should expand the project and we acquired the vehicle, Pupovac said.

Pupovac added that in the SNC’s Petrinja branch office, where service of legal aid already exists, the SNC opened a centre for development and investment, which will be at service to the people and advise them about various development projects and programs.  The Centre will work form the Banija house in Glina as of next week.

– We are joining all, primarily state institutions and the institutions of the town of Petrinja and other towns and municipalities, which are trying to alleviate the difficulties with which people have lived since the earthquake.

Nikola Janjanin, president of the council of the Serb national minority of Petrinja, said that each new project and program which will make life easier for the people in this area was more than welcome.

– I am enthusiastic about this project because we have many elderly people in the field who mostly do not have their own means of transport. It is not just about the vehicle, the SNC is also doing enormous work after the unfortunate earthquake. We will need much more funding and effort to get things moving and for some things to be structurally resolved in Banija, but this is the only way to keep people in these parts, Janjanin added.

Milan Ivanić, the driver-escort in the Petrinja area in Banija, already started his rounds in the field and it is planned that 40 socially vulnerable users older than 65 should be a part of the program. Potential users can themselves contact the SNC’s office in Petrnja and Milan will certainly reach every person who needs assistance.