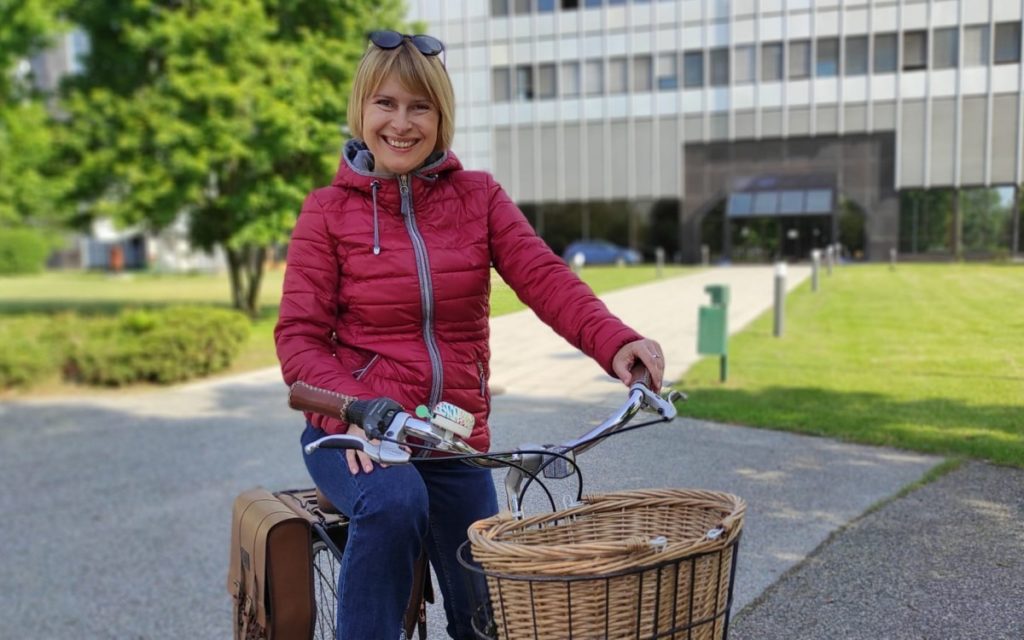 Schools that hold classes according to one of the minority models must first and foremost be excellent schools, certainly better than the Croatian average. Only in this way will both children and parents make the decision to study Slovak, Hungarian, or Serbian instead of opting for electives such as French and Computer Science, says the editor of the HTV show “Prizma”

Daniela Draštata is a long-time journalist for the Croatian Radiotelevision (HRT) and the host and editor of the multicultural magazine “Prizma” (“Prism”), who received the recognition award from the Croatian Journalists’ Association (HND) for her work. She has produced 30 documentaries in the last 20 years, and she also chairs the European Broadcasting Union’s (EBU) multicultural expert group, in which she works on co-production series. She is the editor of the series “Novi susjedi” (“New Neighbours”) and “Free Spirits.” For her, multicultural diversity is implied, and right before the beginning of the international scientific and professional conference “Interculturality and Education in Minority Languages and Scripts,” which will be held on May 23 and 24 in Zagreb, she spoke about the problems that minorities are facing and what role education has in solving them.

For 25 years you have been the host and editor of HRT’s multinational magazine “Prizma.” How is it that you decided to focus on the topics related to national minorities?

The combination of a passion for journalism, a colourful background, and the multicultural city where I grew up obviously did their thing. This July, it will be 29 years since the first segment was published in “Prizma”: we filmed it in Daruvar and edited it in Bjelovar, we laughed a lot and believed that we were changing the world. However, at that time I never dreamed that I would stay attached to one show for so many years – and be happy about it! This is due partly to the people and so many inspiring stories, and partly to my great team. Alongside “Prizma,” I work on many other, mostly international projects related to minorities in a broader sense: from refugees and people under international protection to the LGBTQIAP+ community.

“Prizma” deals with various topics, sometimes with those that are painful and forgotten, put on the backburner, but also with the problems minority members encounter in everyday life. Do you think that a positive shift has been made in our society and where do you see the greatest progress when we talk about a better and higher-quality life for minorities in Croatia?

It often seems to me that we have been repeating the same themes for years, pointing out to the same problems, and that little has changed even though there is far too much room for improvement. I am still surprised every time someone questions and doubts the values of multiculturalism, but this perpetual state of being surprised is probably my driving force. However, the continuity of monitoring the minority scene also gives me a perspective that clearly shows that there has been a significantly better involvement of national minorities in the social life of the country. A generation of young people has come to be who are not only unencumbered by their origins, but who live them intensively and publicly. We are trying to give them as much media space as possible and these days, for example, we are finishing the broadcast of the first part of the series called “Zoomeri” (“The Zoomers”), about the minority Generation Z, which is to say, young people born after 1995.

Education is the main topic of the international conference which you will partly be moderating. How important is education in the context of the integration of minorities into society and is enough being done in this regard?

Both our national and European mechanisms for protection against discrimination and inequality have not yet reduced the social distance towards a part of our minority groups, and that is why I believe that education is of tremendous importance. I would like students who attend classes in minority languages, according to any of the models, to be further empowered to be active citizens, because it is very likely that many of them will be the nucleus of minority communities in a few years. At the same time, the other day I listened to Boris Jokić with great joy and expectations when he spoke about a new approach to civic education in which students choose issues to explore such as poverty, people with disabilities, migrants, hooligans, and others, then follow the problem through and finally propose solutions. They are taught how to express their views, get them across to relevant political actors, and therefore directly influence the community in which they live. I believe that this is the model that should be present in all schools, regardless of the language in which classes are held.

What do you think are the biggest challenges that teachers and the entire education system are facing when it comes to education in minority languages and scripts?

Teachers, professors, principals, and educators – they will all articulate their problems better than me. It seems to me that schools that hold classes according to one of the minority models must be, above all, excellent schools, certainly better than the Croatian average. Only in this way will both children and parents decide to learn Slovak, Hungarian, or Serbian instead of opting for electives such as French and Computer Science. I fear that basing enrolment solely on the sense of a national identity or inertia is no longer attractive enough today. All the circumstances of education in minority languages should be used as a comparative advantage. For example: minority education often means classes with less students – a real luxury for teachers who can listen to their students and give them a platform to develop their full potential. At “Prizma,” we regularly promote educational institutions that have succeeded in this, and most often those that principals run as managers, those that apply for European projects and exchange programmes, and those that insist on an integrated programme from kindergarten to high school. Those schools have the best achievements.