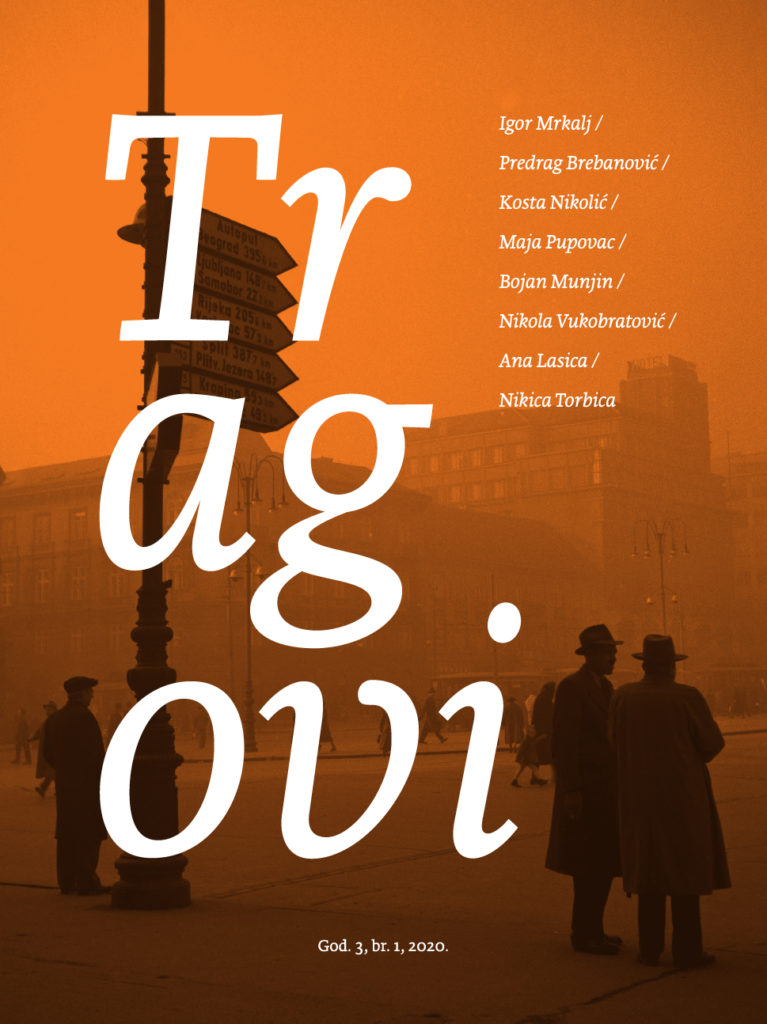 The fourth issue of Tragovi includes eight texts and four original scientific papers. It is worth singling out the paper written by Igor Mrkalj about Glina as the birthplace of the Croatian anthem and the history of its public performance in the area in various political and ideological systems from mid 19th century to the beginning of the 21st century. On the basis of new, previously unused historiographical sources, Kosta Nikolić covers war crimes committed by Serbian armed forces in Vukovar in 1991 after taking control of the city.